We’ve run surveys in the past asking our fans, "What’s the best vampire movie?” The top three choices have consistently been Bram Stoker’s Dracula by Francis Coppola staring Gary Olman and Winoya Ryder; the film version of Anne Rice’s Interview with the Vampire staring Tom Cruise, Brad Pitt, directed by Neil Jordan (who used to come into the Little Prince restaurant in London and drink our Vampire wine back in the day); and The Lost Boys directed by Joel Schumacher and wit

The New Orleans Vampire Café On The series Destinations Explained

Join us at the New Orleans Vampire Café

Sparkling Wines and the Differences Between Them

Top three mistakes to avoid when buying wine online. How to find the best buy! 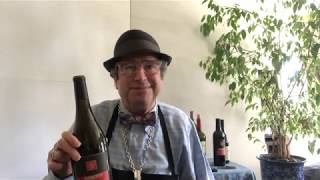